The global waste pickers’ movement lost an important advocate, and WIEGO lost a friend, when Exequiel Estay passed away on Wednesday, January 22, 2020.

For two decades, Exequiel worked tirelessly to improve working conditions for waste pickers in Chile, the Latin American region, and around the world.

Exequiel represented the waste pickers of Chile as the Director of the National Movement of Waste Pickers of Chile. At the regional level, he  a Director with the Latin American Waste Picker Network (REDLACRE). Exequiel lost his battle with cancer – but his memory will continue to inspire all those in the waste picker movement who will continue to fight for recognition and improved livelihoods. 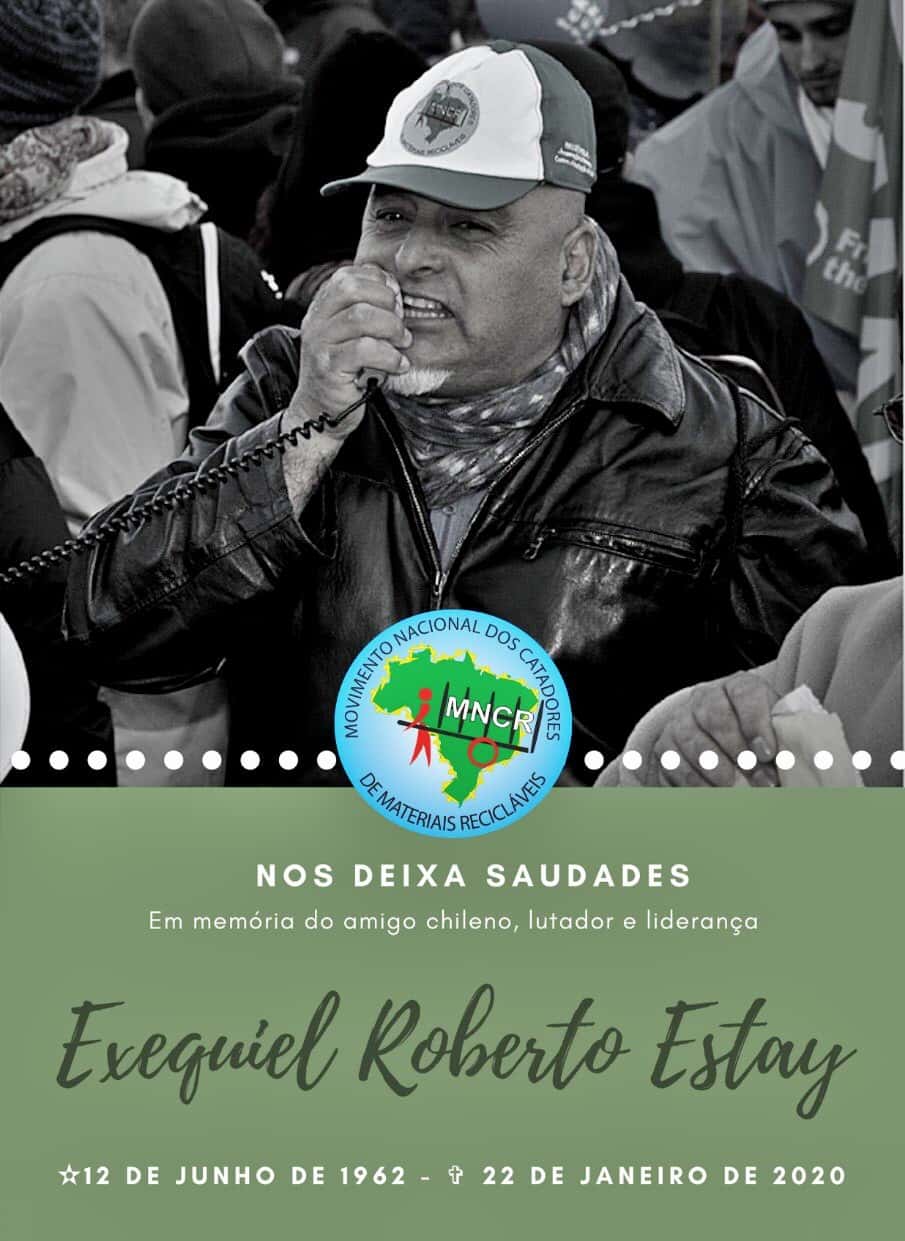 Photos and videos can capture just a few snapshots of Exequiel’s long and important contribution. There are many more captured moments on this tribute page on globalrec.org and posts on Facebook.

In November 2016, informal recyclers from Brazil hosted Expocatadores, an international gathering of Latin American and European recyclers, held to celebrate the 15th Anniversary of the National Movement of Pickers of Recyclables (MNCR). Here, Ezequiel Estay is talking about challenges and threats faced by these workers in Chile.