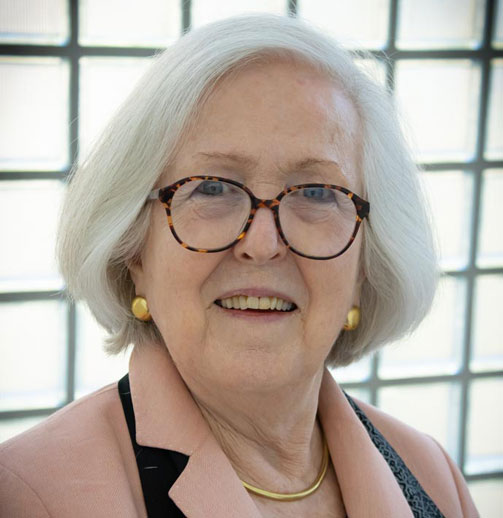 Marty Chen
Senior Advisor
In many developing countries, the workforce is overwhelmingly informal—and informal employment is here to stay. What is needed, most fundamentally, is a new economic paradigm: a model of a hybrid economy that embraces the traditional and the modern, the small scale and the big scale, the informal and the formal.
Expertise
Employment, gender, informal economy, livelihoods, poverty alleviation, working poor

A renowned development scholar, Marty steered WIEGO from its 1997 inception until 2017, turning the research, policy and action network into one of the world’s leading organizations focused on the informal economy. Her specialization includes employment, gender, and poverty with a focus on the working poor in the informal economy. Marty’s expertise is sought globally by a range of major institutions, from the European Commission and the International Labour Organization to the World Bank and the United Nations.

Marty served as International Coordinator for two decades and is currently a Senior Advisor at WIEGO. She is also a Lecturer in Public Policy at the Harvard Kennedy School and an Affiliated Professor at the Harvard Graduate School of Design. Before joining Harvard in 1987, she worked for two decades in South Asia: in Bangladesh, working with BRAC (now the world’s largest non-governmental organization) and in India, where she served as field representative for Oxfam America. She received her PhD in South Asia Regional Studies from the University of Pennsylvania.

Video: Presentation at Harvard India Conference Panel: Empowering Women at the Bottom of the Pyramid: To Overcome Gender Inequality and Poverty in India (February 2016).

Video: Keynote address in a plenary session on social protection at the annual conference of the Economic Research Forum in Cairo (April 2021).

Video: Approaches to Universal Health Coverage and Occupational Health and Safety for the Informal Workforce in Developing Countries – A Workshop. US Institute of Medicine, National Academies of Science.