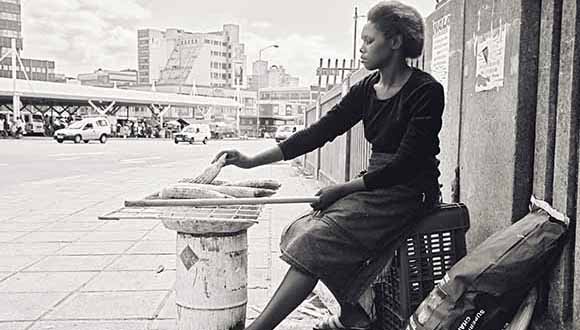 Every day, street vendors face harassment from authorities — from evictions to confiscation of goods. Waste pickers, too, face the denial of access to landfills or space to sort their waste. In an interview with Pamhidzai Bamu-Chipunza, WIEGO’s Africa Coordinator for the Law Programme, we discuss “administrative action” — actions or decisions by the executive arm of national, provincial, or local governments — that impact informal workers and the area of law called administrative law, which reins in on those actions.

“The authorities have relatively wide discretion and decision-making in taking those actions, so what administrative law does is to put some checks and balances on the administrative action to ensure that it takes place or is done within the confines of the law,” says Bamu-Chipunza.

She tells us that the criteria for determining whether the administrative action falls within the confines of the law varies by country. In South Africa, these three questions guide the legal determining:

It is important to understand these administrative actions because they act as barriers to informal workers in pursuing their livelihoods. If an authority denies waste pickers space to store their goods, for example, it limits how much waste they can store, and forces them to rely on middlemen, which reduces their earnings. “It [the denial of space] can have far-reaching effects on the lives of informal workers.”

Administrative law comes into play to protect the livelihoods of informal workers and challenge the actions that can be taken against them. “The critical thing that we want to do with the Law Programme would be to tease out those very, very basic and very general rules to provide workers with a tool to say: ‘if we want to challenge a decision that has been made, can we actually take it through the principles of administrative law and see whether there are spaces in which to challenge those decisions.”

Bamu-Chipunza discusses the South African context but hopes that sharing learnings might “trigger an interest in other jurisdictions” to explore how the principles of administrative law could become relevant to informal workers in challenging administrative actions in other countries, as well.

In the end, Bamu-Chipunza says that informal workers will have greater capacity to identify situations where their right to administrative action has been violated and they "will not take some very bad decisions lying down”.

“They will be able to see the shortcomings in the decision or in the decision-making process. They will understand where to go and who to see. … I see them being more alive to the possibilities at their disposal in terms of challenging decisions.”

On the other side, she says, authorities will “need to get their act in order in terms of how they make their decisions and who is making their decisions, because they can’t take it for granted that no one is going to challenge them.”

Listen to the full interview below.

Top Photo: A street vendor in Durban, South Africa, roasts corn to sell to passers' by from the sidewalk. Photo: Jeeva Rajogapaul.